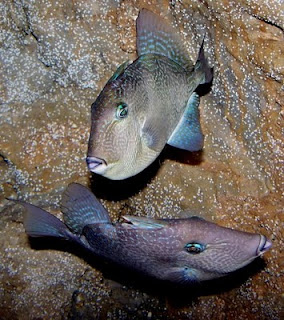 I went looking for foxes and found these fish at the Virginia Living Museum in Newport News. They are so beautiful and quite animated. I can't tell you what they are because I forgot to look! I will look....later!

Email ThisBlogThis!Share to TwitterShare to FacebookShare to Pinterest
Labels: photograph 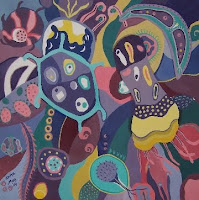 Email ThisBlogThis!Share to TwitterShare to FacebookShare to Pinterest
Labels: gouache 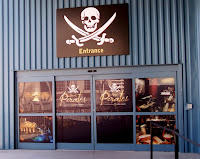 Were there pirate artists? Artist pirates??
I went to this exhibit in search of a question that has been on all of our minds for at least a century......a year?.....a day?.......ok, well, maybe never! Anyway, my search for pirate artists was in vain but I found many fascinating facts about the ship Whydah, which was seized by a pirate named Sam Bellamy in 1716 and used to attack 50 ships within a year before sinking in a violent storm near Cape Cod, Massachusetts.... with all of its plunder! In 1984, remains of the ship were found and 200 of the artifacts are shown in this exhibit. Many silver coins! It's the only pirate treasure that's ever been found!
I could not even sneak a picture......rrrrrr!
Posted by Anne E May at 8:45 PM 2 comments: