A great excuse for a printmaker to go to Paris would be to visit the Charbonnel store there. I can't believe that I didn't actually take the time to go inside when I was there a few years ago and see all of the great etching supplies that they make. (There's so much that captures your attention in Paris!) I did take a few photos of the etchings in the window. They're beautiful. Someday, if I'm lucky, I can go back for a visit! 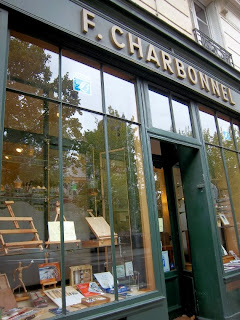 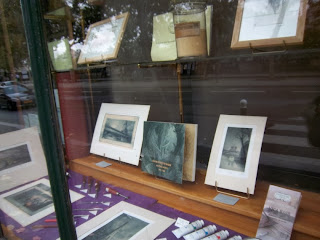 Last night was the opening for a juried exhibit called "TIME" that includes an artwork I created for it called "Perennial Migration", a sundial made from two etchings. The sundial is on top and inside is a smaller etching of birds migrating. It's placed on a pedestal with good side lighting so that you can see that it functions as a real sundial! 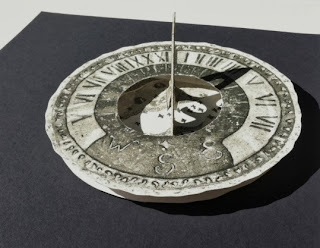 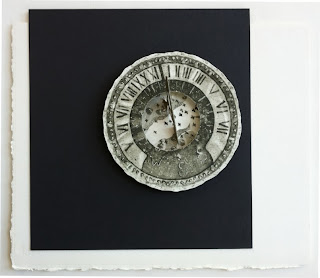 The show is a collaborative effort between the Chrysler Museum in Norfolk and the City of Norfolk Bureau of Cultural Affairs. The exhibit showcases a large scale video by Jennifer Steinkamp called "Orbit 3" showing turbulent winds conveying the passage of time in branches of flowering trees. Artists were invited to submit work that for them related to the video. See the video here, if you like - it is pleasant to watch. If you can't click on it and get it, you can copy and paste... I am having some odd troubles with my posts and can't fix them! Well, maybe it will work.

Also, the organizers of the exhibit requested that we participate in a "PechaKucha". It is a talk where people present 20 images (shown 20 seconds each) of whatever they want in a 6 minute time frame. I think this type of event is popular right now. Maybe you've heard of it. I knew that I needed to do it to practice talking in front of groups of people. It isn't easy when you aren't used to doing it so it is rather terrifying, I must say! Anyway, I prepared my talk the best I could. At the opening, with the support of some nice artist friends and a good audience, it worked well enough for a few compliments. Ahhh.. now it's time to relax. In case you were wondering what I talked about - butterflies! 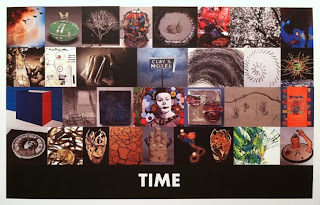