A friend gave me this bluebird house this year, so after painting it with some new colors, we put it in the yard to see what happens. Some of the neighbors have good luck attracting bluebirds. I was told that it could take 2 or 3 years before the bluebirds find it. WELL, 22 hours later there was a beautiful bluebird sitting on the top of the house and I couldn't believe it! Then 2 hours later the house wrens were moving in. They were so much fun to watch building their nest that I couldn't bring myself to stop them. People told me that I should have because they can build nests in all sorts of places. But bluebirds need the boxes more. Also, house wrens will destroy other birds' eggs in the box so what to do!?? It's so complicated!! Anyway, while the little wrens were growing in the box, I saw this big black rat snake in my yard and decided to place the black baffle on the pole to keep it away from the babies. It seems that birds have so many predators stealing their young.
Maybe next year I'll be lucky enough to have bluebirds. :-) 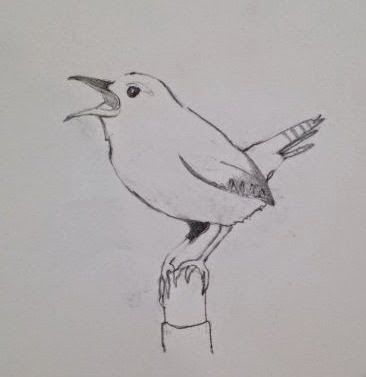 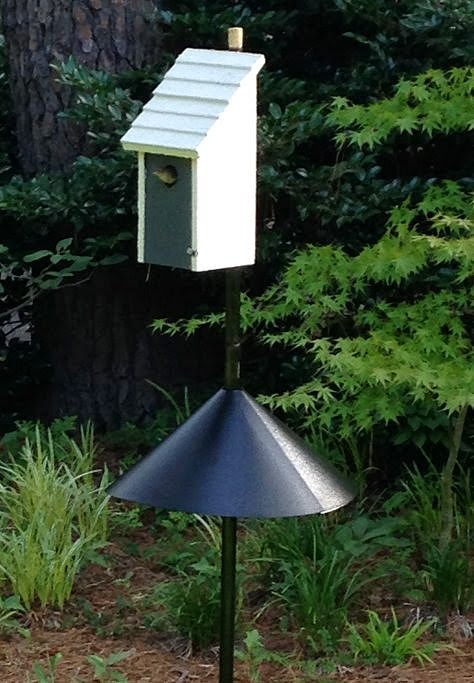 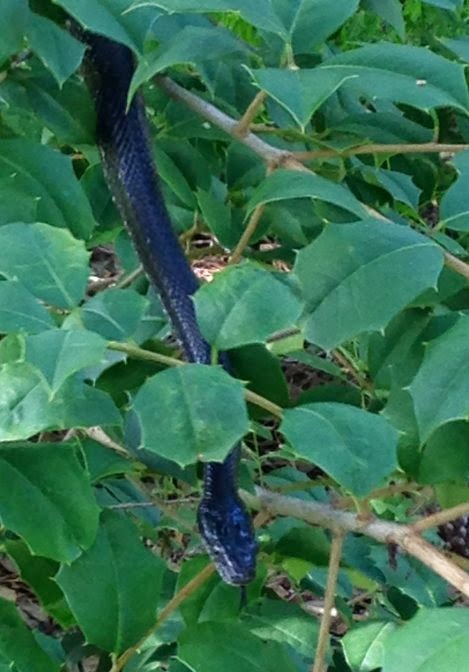 Washed Ashore - Art to Save the Sea

Yesterday I went to see an exhibit at the Virginia Aquarium and Marine Science Center here in Virginia Beach. It's a project directed by environmental artist Angela Haseltine Ponzi and created to educate the public about the devastating effects of marine debris and plastic pollution on our sea life. It's a traveling exhibit and I'm glad that I had the chance to see it. The sculptures are really very creative and colorful, quite pretty! All made from debris found in the ocean.  But of course it's sad to realize that so much debris is littering the oceans. Here are a few of the sculptures I saw: 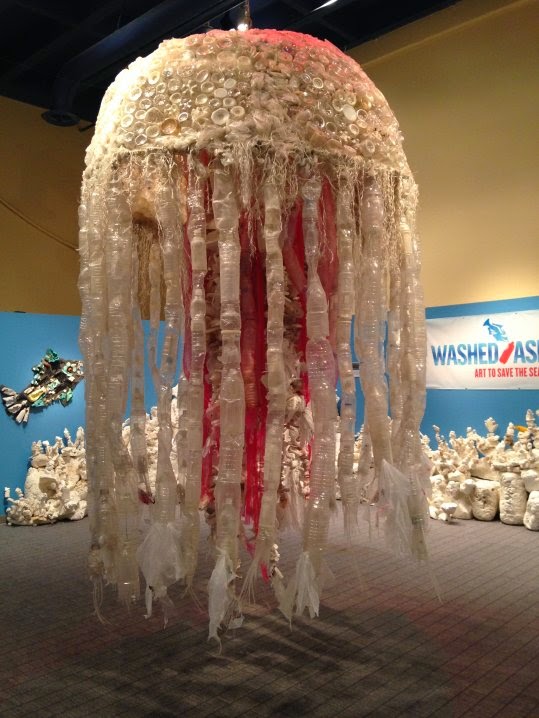 As you can see here, I love to play with shapes and colors!
Maybe it's a little busy but I enjoy making it so. The birds do get lost in all the foliage in the real world! 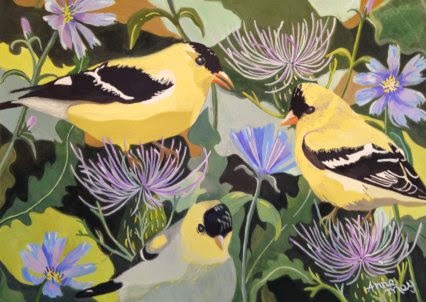